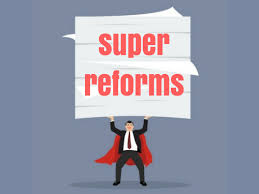 The federal government has announced the early release of superannuation on compassionate grounds will be transferred to the ATO from 1 July.

Revenue and Financial Services Minister Kelly O’Dwyer said responsibility for the administration of the early release of super benefits on compassionate grounds will be transferred from the Department of Human Services to the tax office to ensure successful applicants receive funds sooner.

“These changes will expedite the assessment of early-release applications, improve the integrity of the process and allow the funds to be released more quickly to successful applicants,” O’Dwyer said in a statement.

Under the new process, the ATO will provide electronic copies of approval letters to super funds at the same time as to the applicant.

O’Dwyer said this will reduce fraud risk and eliminate the need for super funds to independently verify the letter with the regulator. Individuals will also upload accompanying documentation simultaneously with their application rather than through the current two-step process.

The Department of Human Services will accept early-release applications up until 30 June and there will be a short transition period where it will continue to process existing applications and complete any necessary reviews.

The government said the announcement complements the review underway on the rules governing the early release of super benefits on compassionate grounds in case of financial hardship.