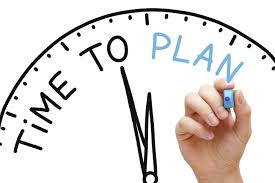 On Tuesday, Australia’s Federal Treasurer Scott Morrison provided an update on the Federal Budget (known as the Mid-Year Economic and Fiscal Outlook, or MYEFO.

The Federal Treasury has also provided updated economic activity forecasts (see table 2). It can be seen that:

Given Australia’s recent economic activity has been sedate and is likely to remain given the transition after the mining investment boom, this MYEFO Federal Budget announcement just provides confirmation of the current subdued reality.

The new year is expected to bring more of the same in terms of constrained growth in Australia and globally. That is, constrained but gradual growth. This is because conditions for a downturn or conversely, for a surge in growth, aren’t in place. Investors holding a balanced portfolio can expect a return of around 7.5 to 8%.

This article was sourced from AMP Capital’s – SMSF Suite.

Head of Investment Strategy and Economics and Chief Economist at AMP Capital, Shane is responsible for AMP Capital’s diversified investment funds. He also provides economic forecasts and analysis of key variables and issues affecting, or likely to affect, all asset markets.